About Us : Dental Implant Center 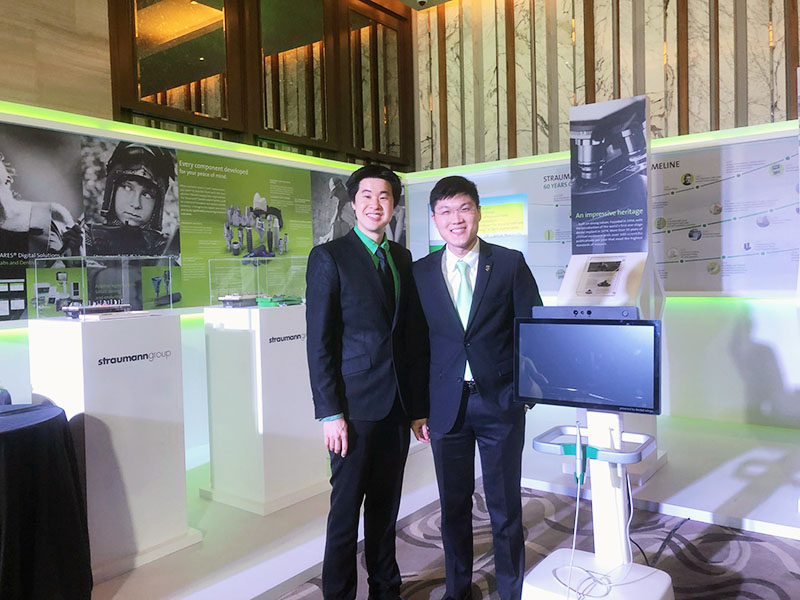 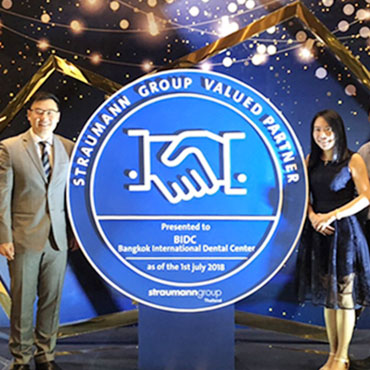 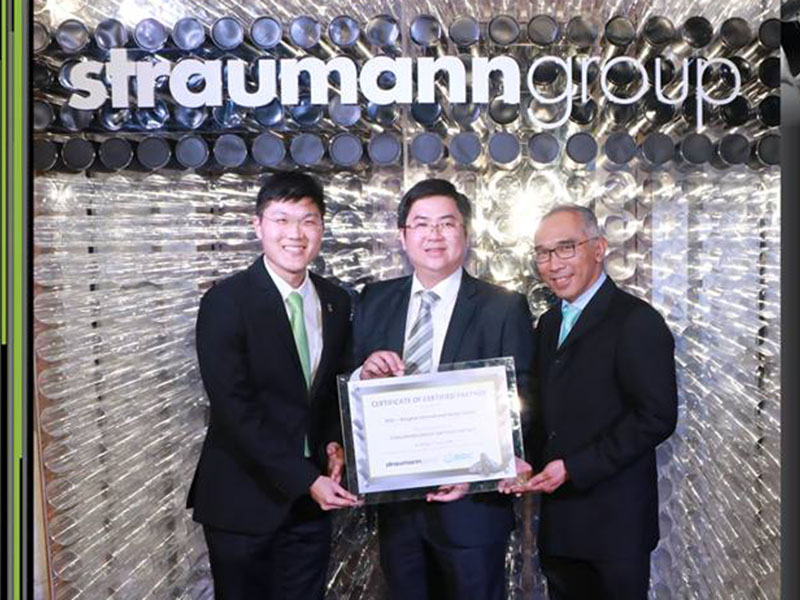 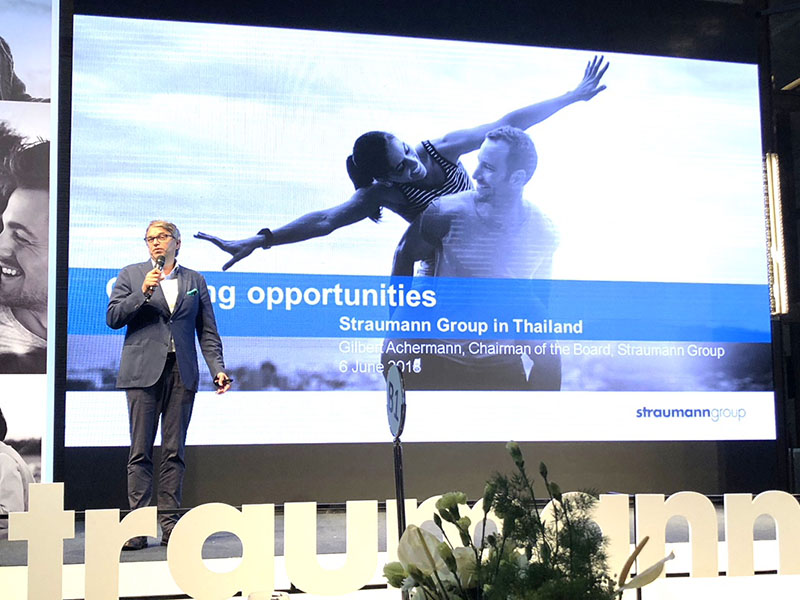 Bangkok International Dental Center (BIDC) has been at the fore-front of dental implant technologies, developments and innovation. Our team of implant dentists at BIDC bangkok dental center has conducted implant mini-residency programmes.

BIDC is also an official associate partner of Straumann dental implants, one of the most established and world’s top implant system from Switzerland. Having successfully placed thousands of Straumann implants per year within the country in restoring smiles including full mouth missing gaps, BIDC is a elite top provider for Straumann implant in Thailand given an award as Straumann’s Top Associate Partner. 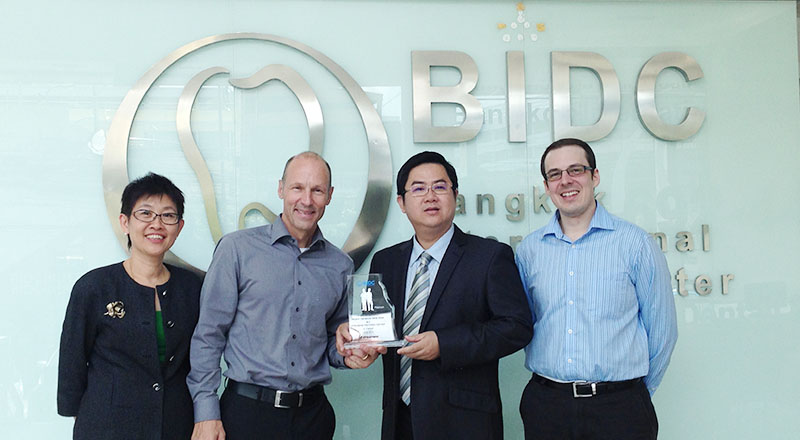 BIDC’s team of implantologist is the first dental center Thailand to use the BLX, Roxolid and Bone Level implants to treat patient cases. We maintain our position at the fore-front in keeping with the on-going continuous developments on dental implant technologies.

Our dental clinics is also the first in the country with a fully digitalized dental lab able to customized implant abutments and zirconia all ceramic crowns over implants. Having dental implant at BIDC provides for increased accuracy, precision and a shorter treatment timeline.

Straumann Group launches in Thailand with BIDC given as a top preferred provider in the country for Straumann dental implants. BIDC’s team of implant dentists composed mainly of American board prosthodontists, professors, top scholars within the field of implantology, international speakers and professors. 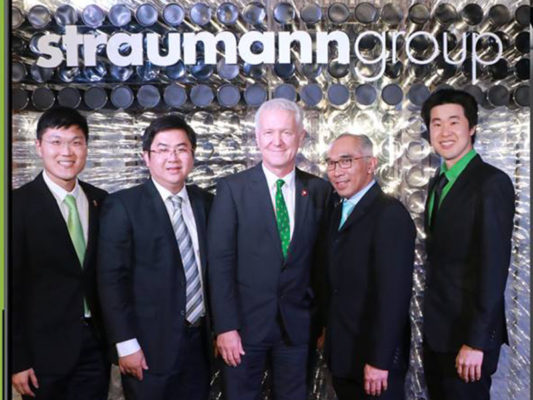 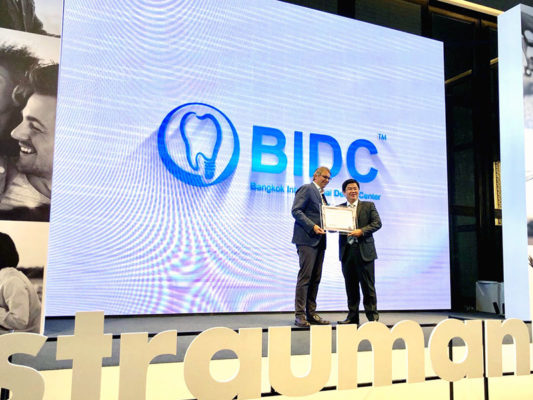 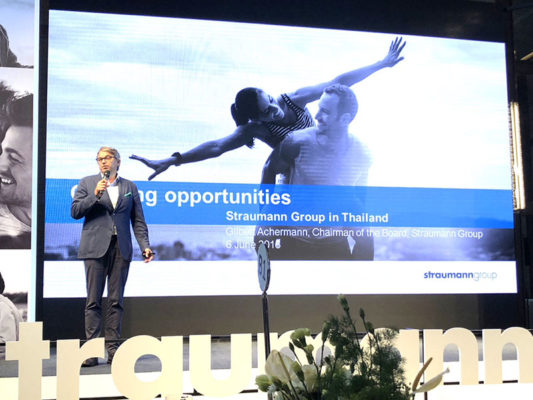 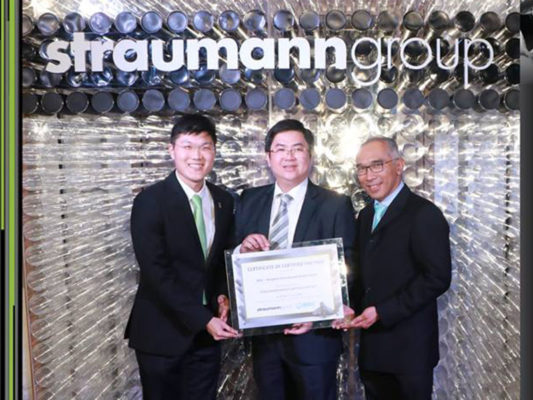 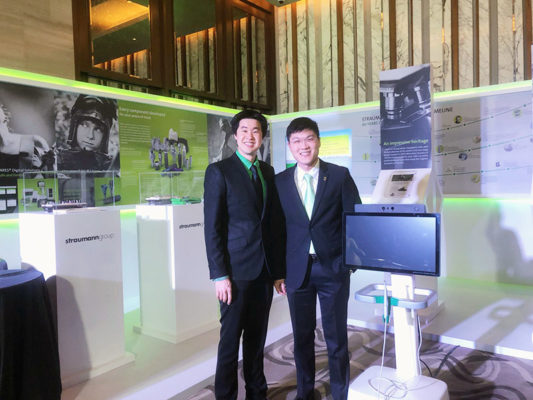 BIDC implantologists is one of the first dental center in the country to utilize Struamann’s CoDiagnotix 3D surgical guide implant software in Thailand to enable the complete implant treatment processes from post implant prosthees to implant placement to be integrated and pre-planned using the latest 3D implant surgical guide software leading the way on advance implant technologies and methodology. 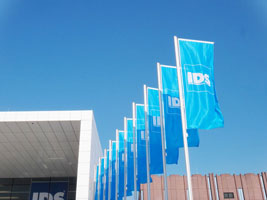 The International Dental Show (IDS) in Cologne is the world’s leading dental trade fair In 2013, the dental show attracted 125,000 trade visitors from 149 countries. This year 2,058 companies from 56 countries presented a wide range of innovations, products and services on 150,000 square metres of exhibition area.

Achievement in dental implants dentistry was the focus of Straumann International Team for Implantology (ITI) congress in Japan in 2012. The ITI Congress meeting is held annually at different locations around the world is enabling for dentists and researchers who are engaged in implantology to share and learn about related dental implant and tissue regeneration topics.

The ITI world Symposium 2014 hosted by ITI Straumann is an annual convention even held in Geneva, Switzerland. ITI Straumann Fellowships from around the world gather to share and exchange on the latest developments, innovations and ideas on dental implant technologies. In collaboration with leading clinics, research institutes, universities and alliances, Straumann is currently the only company in the dental sector that offers surgical, restorative and regenerative solutions – from bone augmentation and tissue regeneration, through implants and prosthetics, to individualized crowns and bridges. 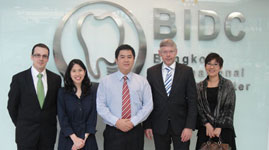 ITI led by implantologists within ITI Fellowship conducts annual training courses in Thailand. ITI is an independent medical and scientific network of internationally renowned specialists that share the goal of advancing techniques and treatment options in implant dentistry. ITI has more than 1200 members around the world in ensuring that ITI treatment-methods are accessible to professionals through courses, meetings and congresses. A series of training courses on the field of implantology in Thailand was conducted by Straumann company at BIDC over the past years.

Straumann believes in a holistic approach and the concept of continual training across the broad spectrum of the implant treatment process including the dental technicians community.

The first series of training courses on the field of implantology in Thailand was conducted by Straumann company at BIDC back in 2006. The regional head of Straumann Dental Implants, headquartered in Switzerland, was present in his recognition and support for the continuous development and training of professionals in the field of implantology in Asia.

BIDC dental center is a top dental center for dental implant treatments. We are one of the few dental clinic in Thailand with an on-site digital dental lab for implant crowns and implant bridges. Our dental lab uses original Straumann abutment blocks and zirconia blocks to customized implant aesthetics for our patients.

Our top team of implantologists and implant prosthodontists has contacted many implant training programmes and courses on advance implant techniques. Implant experts at BIDC are a highly qualified, experienced and selected group, many are american board certified and international speakers representing Thailand on international congress meets globally.

At BIDC, we use the latest advancements on implant technologies. Our dental center has always been at the fore-front if being the first in Thailand to treat and use the latest implant innovations. Numerous local and international awards has been given to BIDC for our commitment and dedication to quality, patient safety on strict sterilization and infection prevention controls to providing outstanding dental services within the region.

top About us
We use cookies to ensure that we give you the best experience on our website. If you continue to use this site we will assume that you are happy with it, Read term and privacy policy. However, you may visit Cookie Settings to provide a controlled consent.
ALLOW ALL NOT ALLOW
Manage consent

This website uses cookies to improve your experience while you navigate through the website. Out of these, the cookies that are categorized as necessary are stored on your browser as they are essential for the working of basic functionalities of the website. We also use third-party cookies that help us analyze and understand how you use this website. These cookies will be stored in your browser only with your consent. You also have the option to opt-out of these cookies. But opting out of some of these cookies may affect your browsing experience.
Necessary Always Enabled
Necessary cookies are absolutely essential for the website to function properly. These cookies ensure basic functionalities and security features of the website, anonymously.
Functional
Functional cookies help to perform certain functionalities like sharing the content of the website on social media platforms, collect feedbacks, and other third-party features.
Performance
Performance cookies are used to understand and analyze the key performance indexes of the website which helps in delivering a better user experience for the visitors.
Analytics
Analytical cookies are used to understand how visitors interact with the website. These cookies help provide information on metrics the number of visitors, bounce rate, traffic source, etc.
Advertisement
Advertisement cookies are used to provide visitors with relevant ads and marketing campaigns. These cookies track visitors across websites and collect information to provide customized ads.
Others
Other uncategorized cookies are those that are being analyzed and have not been classified into a category as yet.
SAVE & ACCEPT