More and more patients are having their amalgam silver fillings replaced with tooth-colored fillings due to better aesthetics and other new benefits of composite resin fillings.

At dental clinics in Thailand, metal fillings replacement with composite resins may be removed safely. We follow specified guidelines adapted from International Academy of Oral Medicine and Toxicology (IAOMT) to reduce the exposure of potential mercury vapors that may be emitted during old amalgam fillings removal. The IAOMT is an non-profit organization that researches on biocompatibility of dental products.

BIDC seeks safest, less toxic way to perform dental treatment whilst accomplish the goals of modern dentistry. Following on best practices in the industry and holistic dental care, our dental clinic in Thailand encourages our dentists on the practice of mercury-free and mercury-safe dentistry. 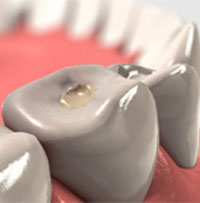 Checkup and Consultation is Complimentary

If you have amalgam fillings, get a consultation on the safe removal of silver fillings with aesthetic tooth-colored fillings.

Amaglam metal fillings can be removed safely with steps that can be opted at our BIDC dental clinic in Thailand : 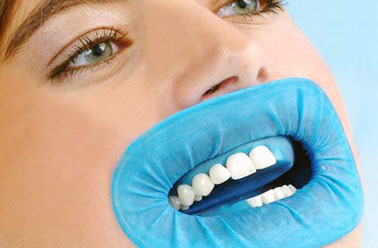 Covers mouth to work only on specific teeth 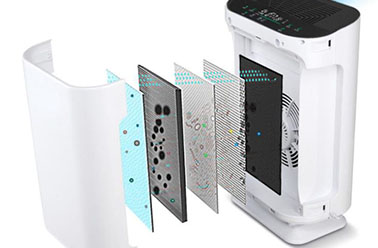 Amalgam silver fillings are typically composed of a mixture of mercury, silver, copper, tin, and sometimes zinc. Mercury fillings has traditionally being used in the past due to its economical and long-lasting properities. However, research and studies on dental amalgams has analyzed that it consisits of 45-55% elemental mercury*. As mercury is toxic, its use in silver fillings poses a concern to us.

Mercury vapor can be emitted from dental amalgam fillings, absorbed and retained in the body. The output of mercury can intensiy by the number of silover fillings in your mouth and other factors such as amount of chewing, teeth-grinding, and the consumption of hot liquids. Mercury is also known to be released during the placement, replacement, and removal of dental amalgam fillings

Toxic effects of this mercury exposure vary by individual.

Amalgam fillings can be removed safely and easily within one to two dental visits at BIDC dental clinics. These fillings may be requested to be replaced with tooth-colored fillings for peace of mind and improved teeth aesthetics. To safely removed amalgam fillings, additional precautionary safety steps and mechanisms may be opted for individuals that may be sensitive to metals or allergens.

Top Back to Dental Fillings
We use cookies to ensure that we give you the best experience on our website. If you continue to use this site we will assume that you are happy with it, Read term and privacy policy. However, you may visit Cookie Settings to provide a controlled consent.
ALLOW ALL NOT ALLOW
Manage consent

This website uses cookies to improve your experience while you navigate through the website. Out of these, the cookies that are categorized as necessary are stored on your browser as they are essential for the working of basic functionalities of the website. We also use third-party cookies that help us analyze and understand how you use this website. These cookies will be stored in your browser only with your consent. You also have the option to opt-out of these cookies. But opting out of some of these cookies may affect your browsing experience.
Necessary Always Enabled
Necessary cookies are absolutely essential for the website to function properly. These cookies ensure basic functionalities and security features of the website, anonymously.
Functional
Functional cookies help to perform certain functionalities like sharing the content of the website on social media platforms, collect feedbacks, and other third-party features.
Performance
Performance cookies are used to understand and analyze the key performance indexes of the website which helps in delivering a better user experience for the visitors.
Analytics
Analytical cookies are used to understand how visitors interact with the website. These cookies help provide information on metrics the number of visitors, bounce rate, traffic source, etc.
Advertisement
Advertisement cookies are used to provide visitors with relevant ads and marketing campaigns. These cookies track visitors across websites and collect information to provide customized ads.
Others
Other uncategorized cookies are those that are being analyzed and have not been classified into a category as yet.
SAVE & ACCEPT